The structure of the test I wrote on JsFiddle is simple. It creates DOM nodes using native JavaScript document.createElement with 15 children (each containing an image and some text) and appends them to screen to be shown to the user - exactly how a list of results would be displayed to an end user. The test uses requestAnimationFrame to gradually scroll the page 10,000 pixels down to simulate user action.

Javascript execution time was captured using performance.now() at different points during the execution process before the simulated scroll event. This is set-up time in which the computer will be locked up and the user will not be able to interact with the product (we try to minimize this as much as possible). 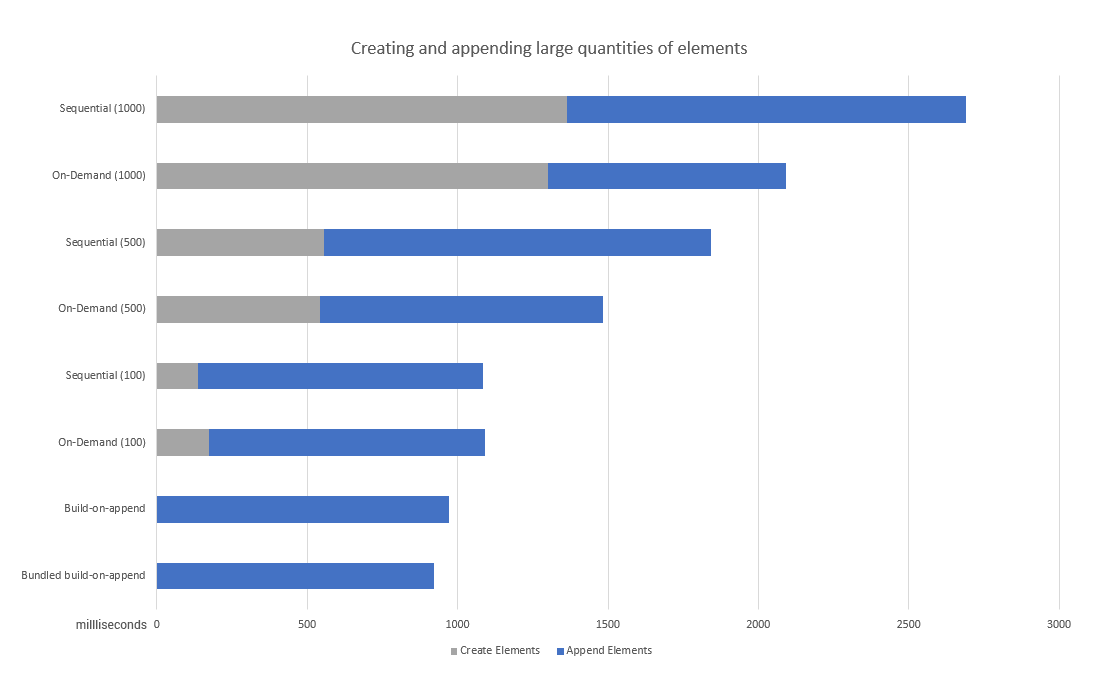 Looking at the recorded performance graphs makes the differences pretty obvious. The red bars are javascript execution time that’s locking up the browser and the green bars is time spent painting. What’s not so obvious is the frames per second graph underneath that doesn’t show that if any interaction was taking place on the page during javascript execution time or paint time then the browser would be locked up during that time and the FPS would reduce to virtually 0.

Build-on-append manages to spread the build and append operations across the entire user operation. The disadvantage comes in the form of some lost frames during the scrolling process but gives the user instant access to the results.

Although appending to the dom is expensive, preparing dom elements in memory is as expensive. By far the best option as the user’s computer will only ever do as much computing power as is necessary to display the results however it comes at the cost of possibly reducing frame-rate during the scroll operation.